An interview of my Foxness by Mercury Stardust. We talk about sock boobs, my album, gender performance and so much more!

Or subscribe to Shut Up, I’m Listening Podcast on iTunes.

Last weekend, there was this:

At Grumpy’s Minneapolis with Joe Lyon’s Carnival of Souls

It was a pretty awesome weekend!

But now… NOW…  this weekend is shaping up to be EPIC!

Currently I am in Seattle rocking the BurlyCon scene! I’ll be retuning a much more glittery and  educated Fox!

My work is in a podcast!

Rose regularly treats her Lurid Listeners to a sexy story read on her podcast and in this episode, because she likes my work, she has included “What Do You Like?” from Incorrigible & Intimate! She is quite the curator of lurid tales and I am so happy to be a part of it! 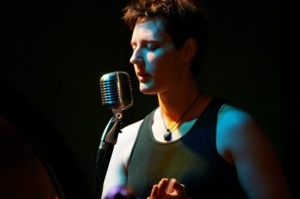 Well, I’ve never broken down in tears on stage, but this one hit me hard right in the middle.This is a departure from my usual work, but, it’s something that I think needs to be said.  I said sometimes it seems like having the soul of a poet is like having an open wound.  I just feel things, very deep, so deep that when I try to shake it, it rattles around, but won’t get out of my head until I write it or perform it…and even then.. it isn’t always exorcised.

Why don’t we cry for a person

Why when they’re hurt,

Can’t we do more than make a face

and say ‘I sympathize’

Why doesn’t another person’s pain touch us until they’re gone?

Why can’t take away another person’s pain at all?

And why are people with such a depth of empathy, the tenderest caring souls who let the world truly touch them,

treated as though they’ve lost their minds,

Even before they lose their minds.

The end of life is death,

and death should make the story arc complete,

it feels as if when a person commits suicide their lives become a book with the last chapters torn out.

Damn it Hemmingway and Mr. Conaway and Gray

and Thompson, Plath, Hutchence, and Woolfe and Cobain

And everyone who ever killed themselves,

because, there was more story

And Damn it Justin

And Damn it my cousin

And Damn it my friend in high school

And I can’t judge

I considered it too, so many times,

Stood right at the edge and looked down,

It looks so easy on TV

When a person truncates their own fate, it has taken every last part of them to fight for that break.

and sped through bottles of pills,

still challenging death to take me

but I’m not hers yet.

I took the fear and the queasy chest

The endorphin high of pushing too far too fast as evidence that even though death was standing so very near,

That the fear was in some way,

a desire to live.

And you can’t change you’re own ever again either.

If the one constant of existence is change

Even when the possibility of change doesn’t matter to me anymore,

I know objectively that will change too

Some suicides are selfish,

they don’t think about anyone else’s harm

But some care too much

Because an open heart

can be an open vein gushing empathy and love

The church has it wrong

these will be saints too

Because saints, are people who give everything

Giving so much, but not knowing how to accept the same gifts in return

Damn it Robin, can I call you Robin?

and damn them whoever they are

The people or molecules in your brain, who pushed you to break and not bend.

You were author to a book,

No one but the writer wanted to end. 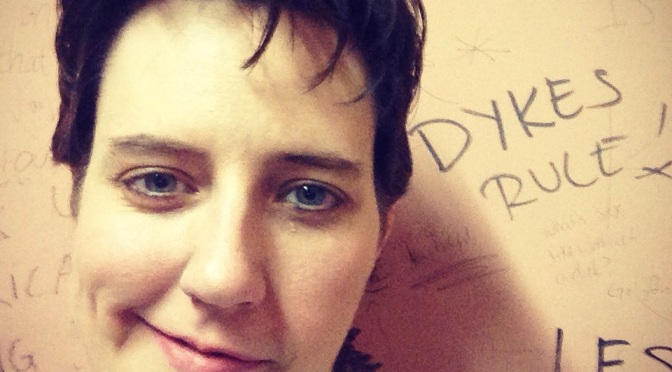 Just a little something silly… 🙂

But it’s her mind for numbers and theory

that make my heart race,

When we’re near,
she whispers postulates in my ear

She has blinded me with science

END_OF_DOCUMENT_TOKEN_TO_BE_REPLACED

You’ve asked, so I know you want it… WELL IT’S HERE! As of midnight my album Incorrigible & Intimate is available for download on Amazon and iTunes! I’m still working on physical distribution, but if you see me out and about, just ask. I have a few shows coming up where I’ll be available, most notably the Fierce Queer Burlesque Fest in Madison, WI this weekend and Top Drawer here in Minneapolis on August 15-17th. Check my Facebook page or previous posts here for the links! I’m so excited! 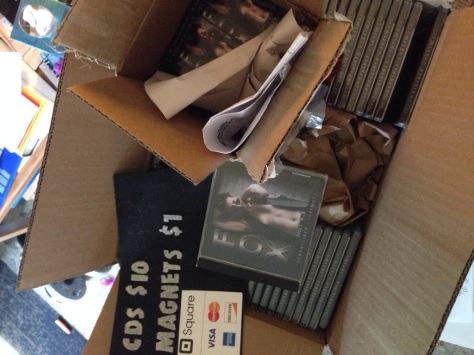 CDs and merch in hand, the party planning has begun for my album release! Though it’s going to be available before the release because I have two festivals coming up! The official release day when it’ll be available will be when I’m at the Fierce Queer Festival in Madison, WI on July 25th.

This will be the same day it will become available online at CDBaby.com, Amazon and iTunes too!

Your next opportunity to see me is at Top Drawer Burlesque Fest here in Minneapolis on August 15-17th!

Somewhere before or after these will be a party just so we can Fox around! So stay tuned!

Now on to the free stuff. I’ve put together a desktop wallpaper and a couple of phone wallpapers for you to download. I’m not good with photoshop, but I think I have them sized right for the different screens. You should e able to right click on the image and DL the linked file. If this doesn’t work, let me know in the comments, I’ll try to fix it. 🙂

END_OF_DOCUMENT_TOKEN_TO_BE_REPLACED

I’m so excited and terrified!

A live performance of “Distraction” from my upcoming album Incorrigible and Intimate, performed at MP Johnson’s book release party last month for Dungeons and Drag Queens at Common Good Bookstore in St Paul Minnesota. For #SassyFoxSaturday ^_^

Last Wednesday I was invited by MP Johnson to perform at the launch for his new title: Dungeons and Drag Queens. It was a lot of fun, and I have to say, after hearing him read the first three chapters, I’m looking forward to reading the rest! It’s available on Amazon, though they still had a few copies at the hosting bookstore, Common Good Books, if you want to check it out.

I thank him for generously inviting me to perform at his launch. The temptation to simply take the opportunity to strip and frolic in the stacks was overwhelming, but I managed to keep myself under control, and just take off my shirt. 😉 It was interesting doing what I do at a book store though and it got me thinking.

I love sharing my poetry aloud to a crowd, (free rhymes included with every post btw), even though sometimes sharing my poetry makes me feel more exposed and vulnerable than taking my top off. In my poems I’m sharing a part of me that is definitely deeper than my skin, and there is a power within a voice. That’s why I think even when we read silently we still sometimes hear the words inside our minds spoken in a familiar voice.

END_OF_DOCUMENT_TOKEN_TO_BE_REPLACED

You disrupt me
Corrupt me

Come closer and say my name

It’s just a few pieces of leather,
And metal rings.

It’s just a figure 8 of leather
Looped over through those rings, and then again

But then you take my arms behind my back,
And slip it over my wrists
And you feel me tremble and nip my neck

Pain and pleasure mingling
Into bliss

And your kiss,
Shattering my soul

Hands bound behind straightening my spine
better than any corset or bind.
Because my chest is still uncovered for you to take your pleasure
in my exquisite pain

My distraction
Gaining traction
In my mind and dreams

Thrill me
As you do what you will with me,
Take me with only your voice
You give me no choice
As you slip inside

Rhapsodic
Your eyes glittering in the shifting light

That I will secret away for days

You disrupted me
Corrupted me
When you came close

When you said my name

All the Foxy yips!